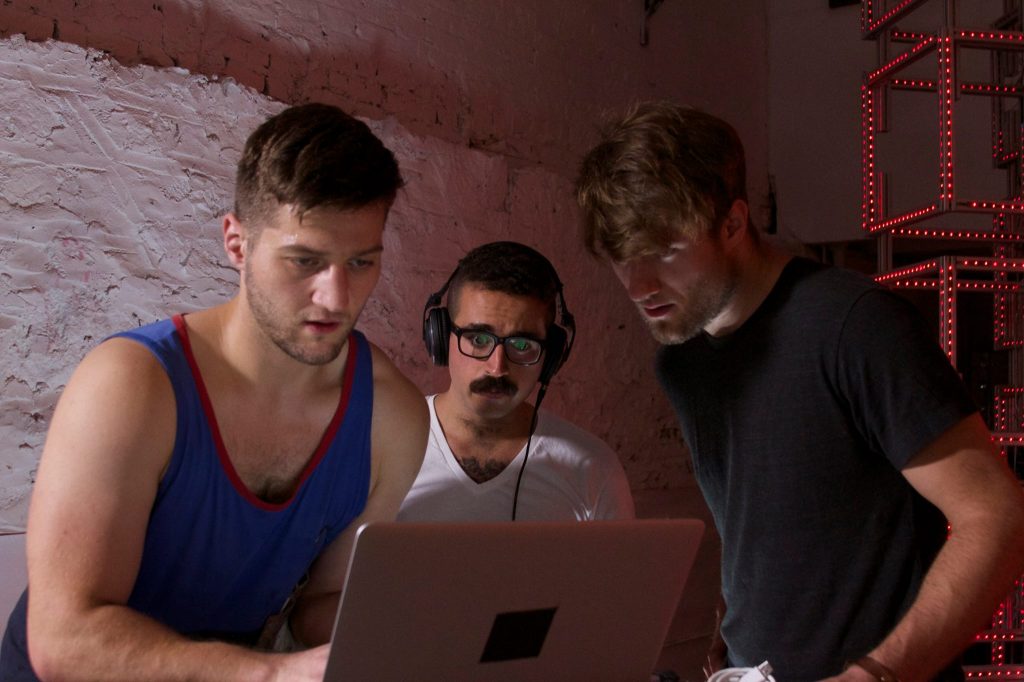 Alex and his SugarCube Team

Recently we have been working extremely closely with the Alexander Green of at Symmetry Labs who are producing The SugarCubes project.

“Sugar Cubes is a new visual technology that combines 3D modeling and mapping with addressable LEDs to bring to life a huge cubic structure onstage behind live DJs and musicians. It allows for endlessly unique, improvised performances as the music triggers wonder-inducing patterns of light and motion.”

Alex’s work has been featured at Burning Man and more recently in collaboration with many prominent musical performers. To aid in the setup and take down of the SugarCubes at temporary installation sites, we have worked closely with them to provide custom RS-485 control hardware to allow them to control their distributed cubes over CAT6 RJ-45 cable from a central control location. They have successfully taken the LEDscape code and are able to multi-cast their visualizations over multiple Beaglebone Blacks directly to the SugarCubes.

Gizmodo
Alex was also recently interviewed by Gizmodo where he details the extensive amount of work and creativity that it took to bring the SugarCubes Project to life.

“I was inspired by some of the audiovisual art that I had seen recently, and was dreaming up a piece that would be expressive both sculpturally and programmatically. Specifically, Amon Tobin’s ISAM installation and my good friend Mark Slee’s artwork come to mind as inspirations for the piece… I like building complex systems out of simple rules; this is what has always fascinated me about physics, math, chemistry—the universe really. The cubes are a sort of physical manifestation of a voxel (a portmanteau of “volume pixel”), so they can be used as a kind of crude 3-D screen, and many different structures can be built with cubes. Despite being such a simple polygon, there is a ton to be done with cubes.”

The Cathedrals
The SugarCubes were recently featured in The Cathedrals Video “Unbound“.  The magic of the interaction between the art, music, and dancers makes for some truly amazing visual imagery! 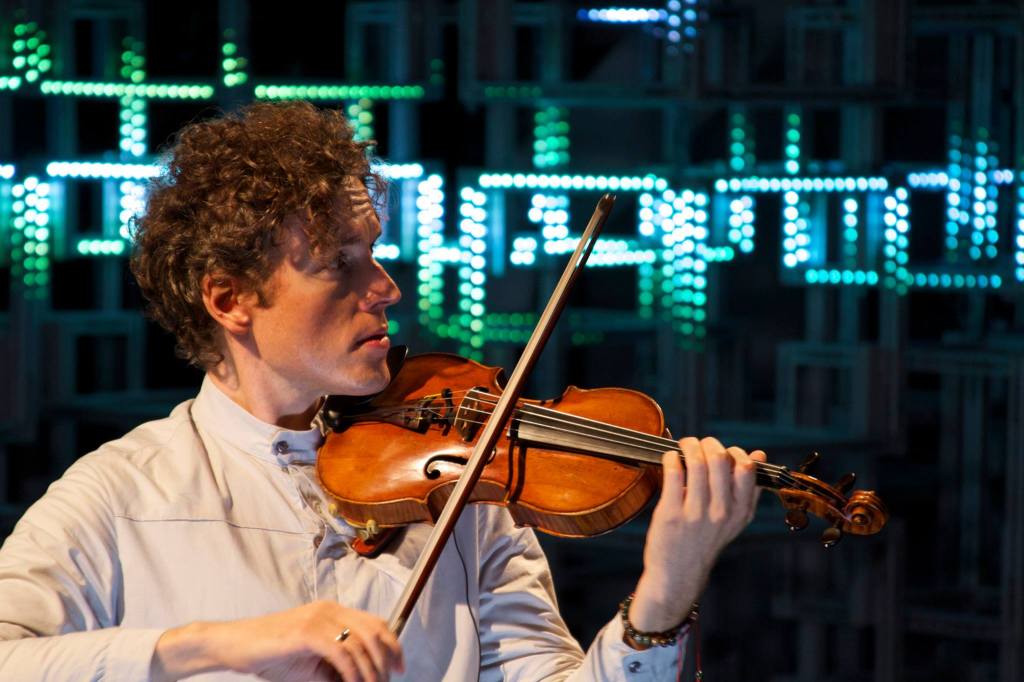 Alex writes from The SugarCubes Facebook page that they will be featured “in an upcoming documentary by PBS called Ineffable, which ponders the future of art. I feel incredibly lucky to work with violinist Tim Fain. We have an ongoing series of audiovisual collaborations– if you will be at Sundance this year, stay in touch! We’ll be doing our next public performance there together in January”.

The trailer for “Ineffable” is provided below:

View all posts by ohararp →