I have been developing a number of led based projects using the WS2812 leds.  These leds are commonly available in many of the individually controllable RGB led strips.  Recently, the package of this chip has been updated.  The newest version is called the WS2812B.  This new chip operates on the same timing protocol as the WS2812 but has a number of improved mechanical features that really make it easier to deal with.  I have tried to summarize the big items from the datasheet of the WS2812B below.  A comparison of the differences between these two chips can be found at in this article titled WS2812B vs WS2812.

Safety Performance – WS2812B is the development and new generation of product based on WS2812.It not only inherited all the good qualities of WS2812 but also improved the IC from mechanical arrangement outside to the structure inside, further enhance the stability and efficiency. 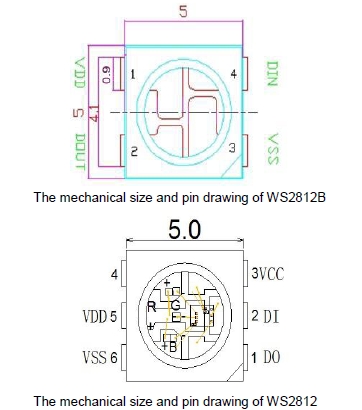 Mechanical Package – The new WS2812B now only has 4 pins vs 6.  This simpler layout help to prevent shorts and provides improved voltage drop and thermal dissipation by allowing for larger power and ground planes on the pcb. 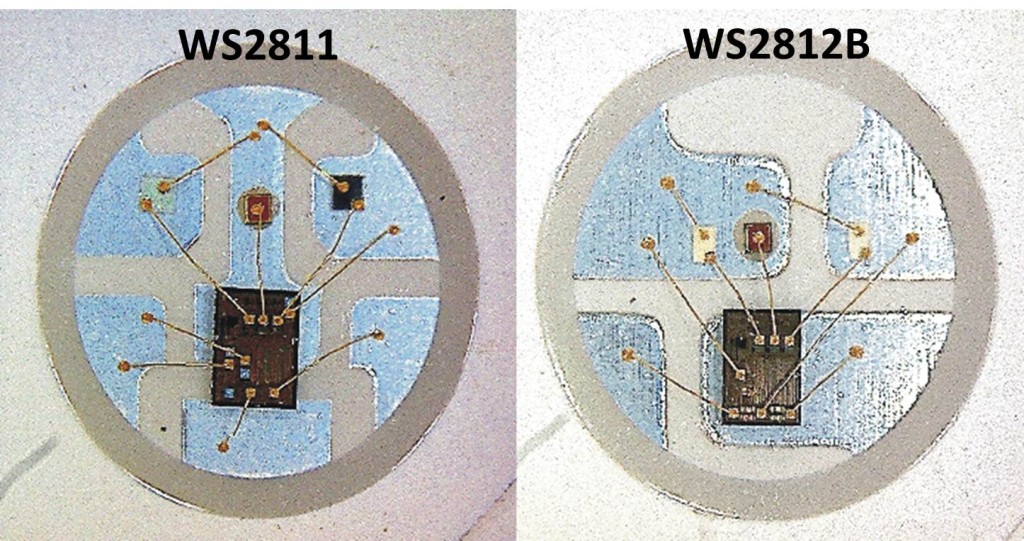 Improved Internal Structure –  The WS2812B has a better structure than WS2812, after we modified the structure, the control circuit and the RGB light have been separated, it has a better heat dissipation performance. The two modules work independently, one does not relate to the other, line distance is shorter and makes the work more stable than that of before.

View all posts by ohararp →